To bring awareness to the protection of the Antarctic, home to penguins, DTT has developed the King Penguin AR app and concept for Greenpeace. The concept resembles the popular Pokémon GO app, except that users are looking for penguins instead. Did you spot the penguin? Then you can use augmented reality to take a photo of the penguin to unlock the search for the next penguin. Furthermore, the app contains interesting facts that can be shared with friends, alongside the photos they’ve taken. In addition to the game, users in the app can also sign a petition to protect the Antarctic.

The penguins can be positioned via a CMS by selecting a location on the map. When a user is within two kilometres of a penguin, the app will show it. For users who are not within this radius, a random penguin location will be generated outside of any prohibited areas, such as highways, train tracks, hospitals, and bus lanes. 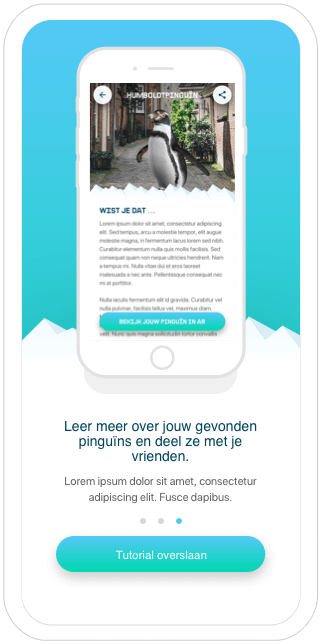 Look for penguins in your area!

The app will indicate how close you are to a penguin. Follow the directions and find the penguins.

Follow the instructions in the app via your camera and find the penguin. 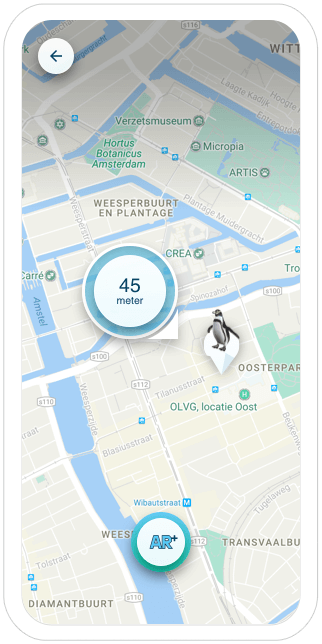 The penguins are displayed in Augmented Reality (AR). 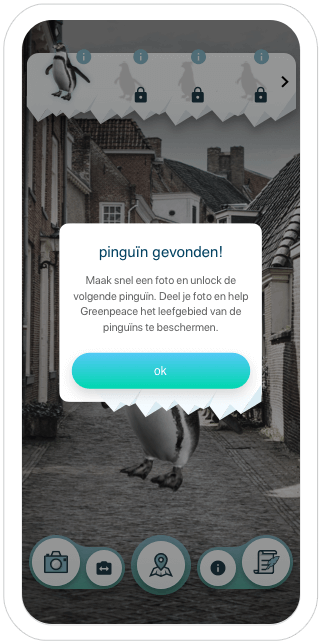 The app notifies you when you have found a penguin: take a picture quickly!

Share the picture with your friends and help Greenpeace to protect the habitat of the penguins.

The user can take a picture of the found penguin to unlock the location of the next penguin. Besides that, the user can share the picture with friends.

If the picture was taken successfully, the user can start searching for the next penguin. 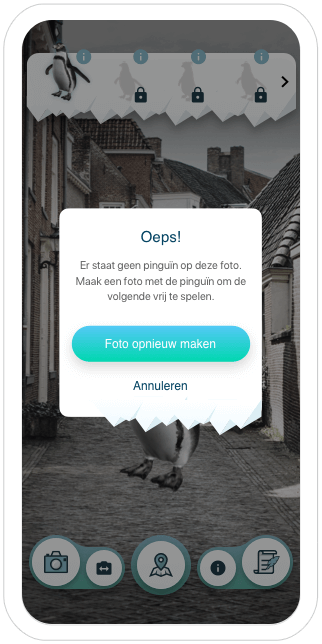 No penguin on the picture

If there is no penguin on the photo or if the photo is not successful, the user will see this message and the photo can be taken again. 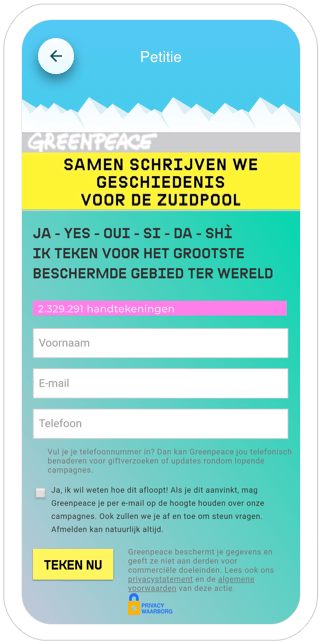 Help Greenpeace protect the penguins' habitat by signing the petition. 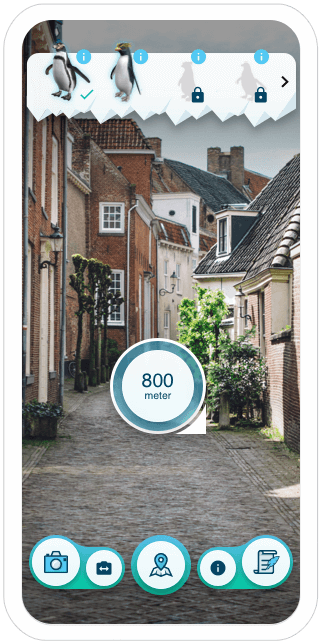 The user can navigate to different screens in the app in the menu. 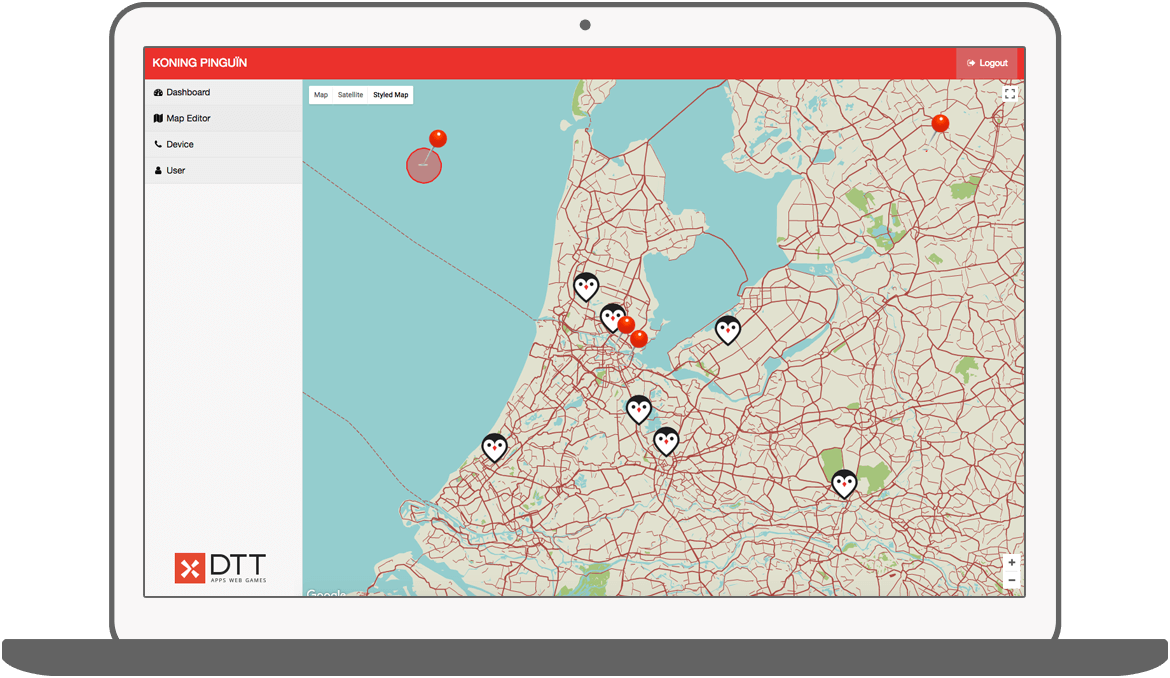 An overview of the map, with the placed penguins or marked 'prohibited areas'. 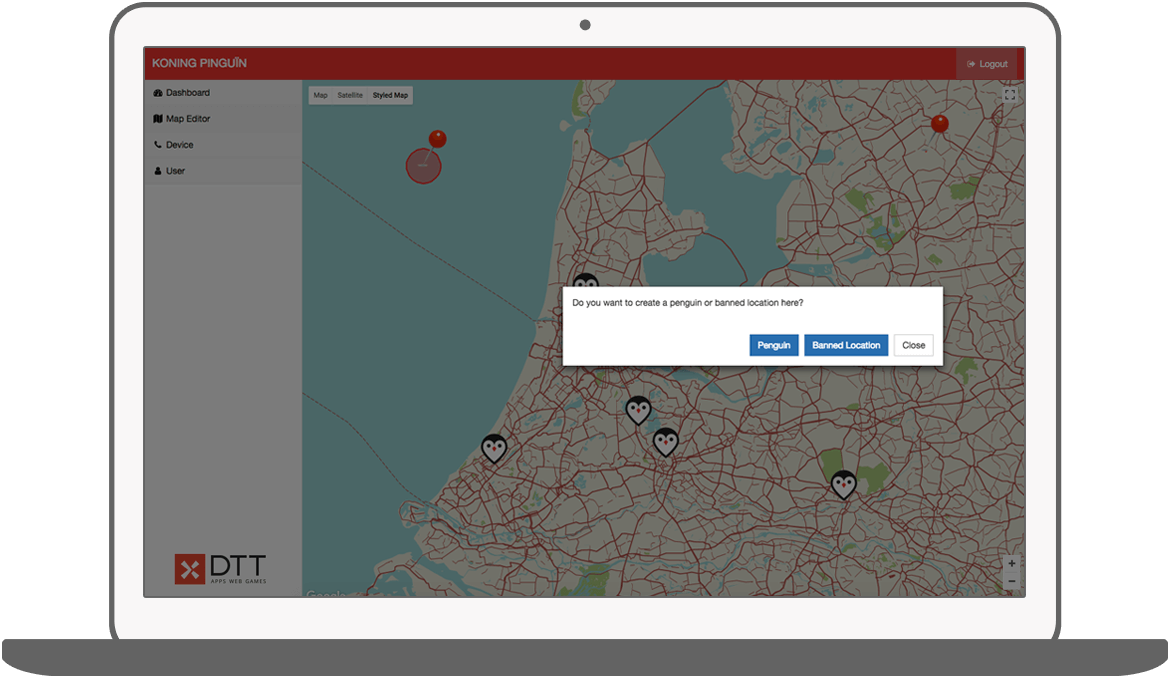 Click on a location on the map and make a choice. 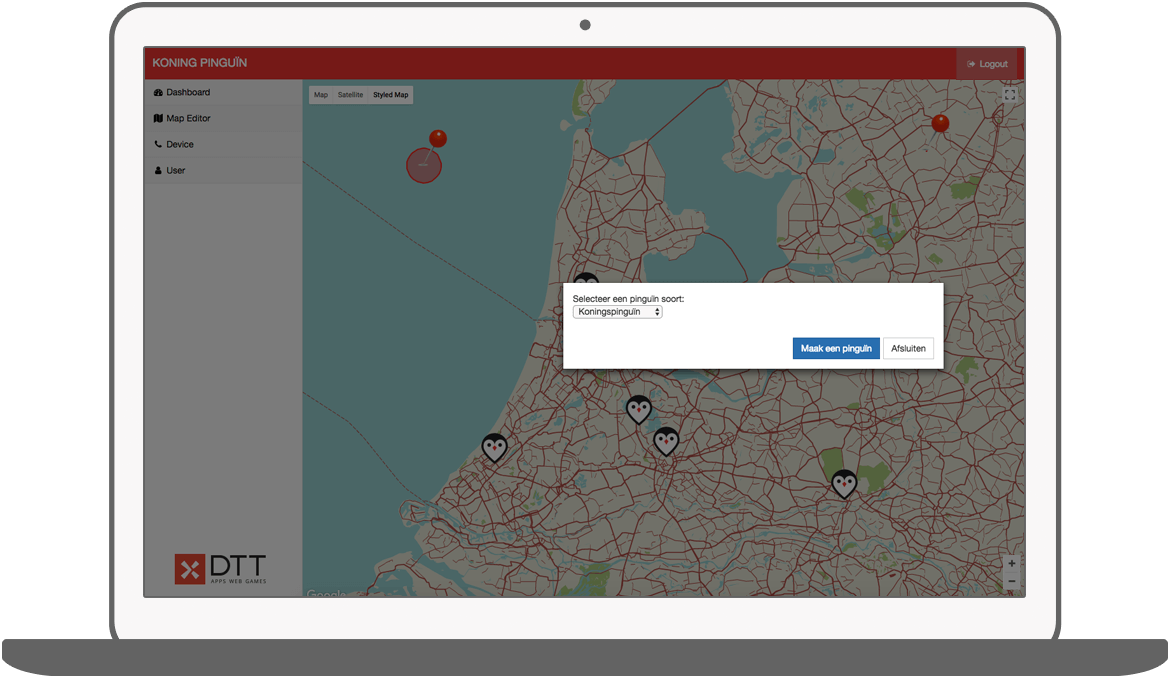 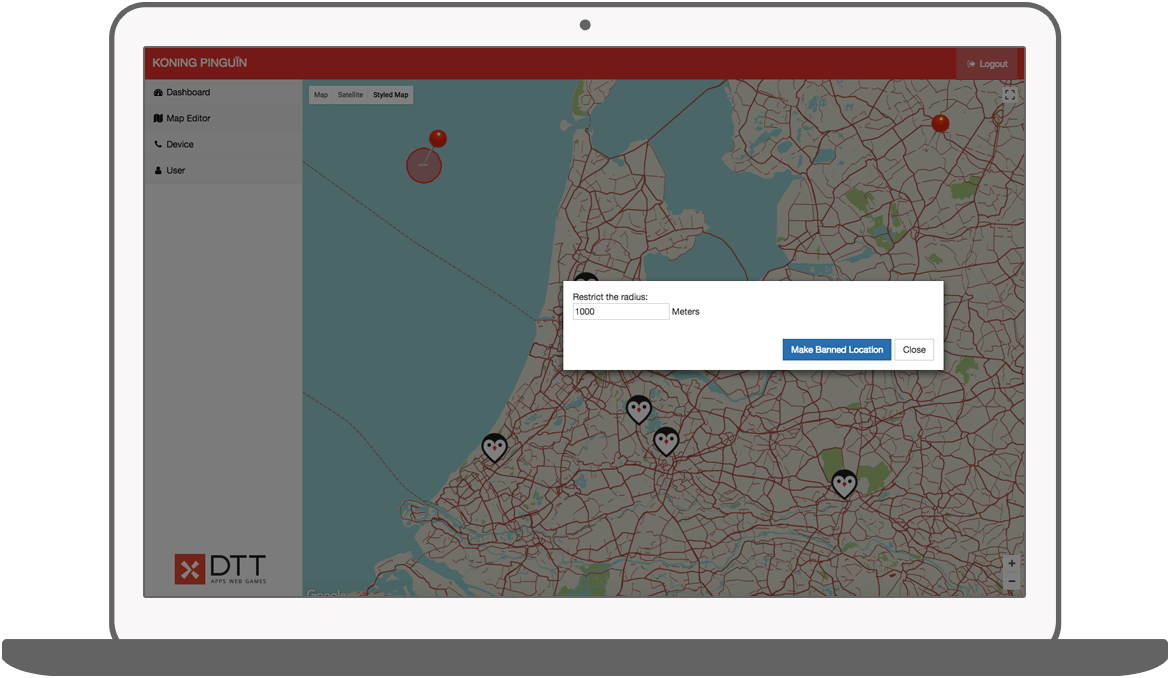 When marking a "forbidden area" give it a radius in meters.