Each player on the public site plays in a single MBO city, so all achievements are cumulative. All players work together to progress in the same city; this concept is also used for individual classes. Students can log in with a class code and play together in a class.

MBO Stad is part of KiesMBO.nl. KiesMBO is a study portal specifically aimed at the possibilities offered by senior secondary vocational education (mbo). Commissioned by the Ministry of Education, Culture and Science, KiesMBO.nl was developed by the Cooperating Organisation for Vocational Education and Training (SBB), in conjunction with the MBO Council, the VO Council, the organised business community and youth organisations.

Take the tram and travel through MBO Stad.

Explore everything that MBO Stad has to offer.

Travel to the airport.

MBO Stad generates sustainable energy with the use of windmills. 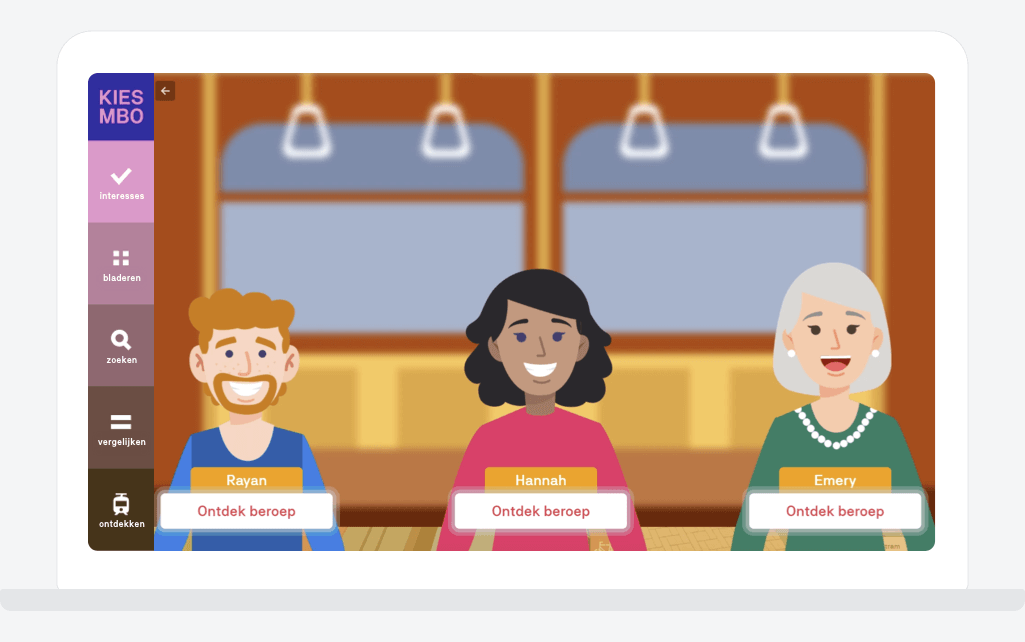 Talk with residents of MBO Stad.

Speak to residents in the tram to learn more about different occupations.

Travel through the city by tram and pick up residents.

Drop residents off at their working location.

Upgrade working locations by bringing residents to their jobs. 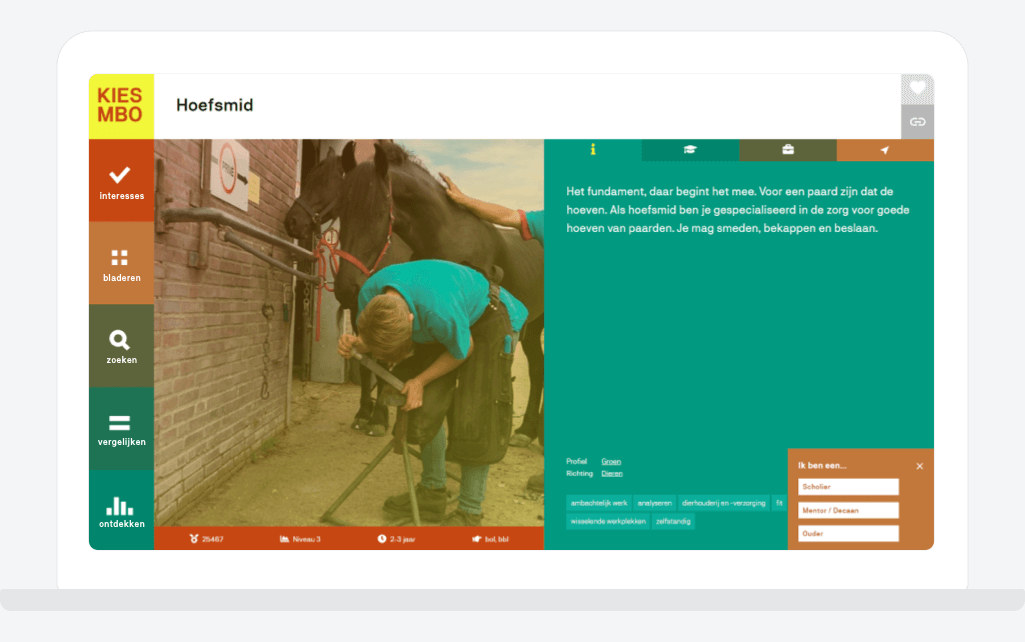 Navigate to the KiesMBO app for additional information.

Do you have a plan to develop an app, web or game solution? Then please fill in the form for a free offer or const indication. We will get in touch with you shortly.