The RIVM RDS Software helps researchers of the RIVM (the Dutch National Institute for Public Health and the Environment) and research partners with reaching target groups. Specifically target groups, which are often hard to approach and to study social networks. The survey has been designed especially for Respondent Driven Sampling (RDS) research, where individuals are being asked to fill in an online survey and to forward the survey to their own contacts. RDS combines the snowball method (by using the social networks of the respondents to recruit close contacts) with a statistic model to create population estimations. For example how often certain risk factors, risky behavior or illnesses occur within a target group. The online method makes it possible to approach other target groups that cannot be reached with standard sampling techniques. The software is for example being used to reach men whom have intercourse with men (called MSM) to study their risk behavior and the spread of STD’s.

DTT has recently updated the solution with the following functionalities:

Users will receive a welcome message explaining the survey.

Thank you for participating

Users can enter their email address to receive their rewards.

Users can invite others to fill in the survey.

Users can invite others by sending an invitation through on of the following options.

After completing the survey, participants can view the statistics. 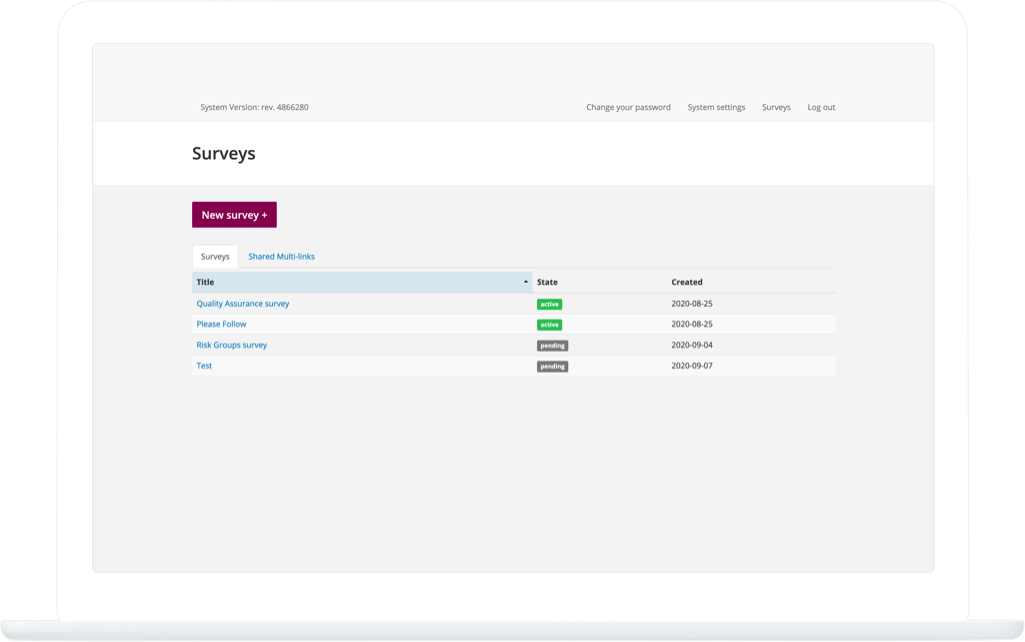 An overview of all the surveys. 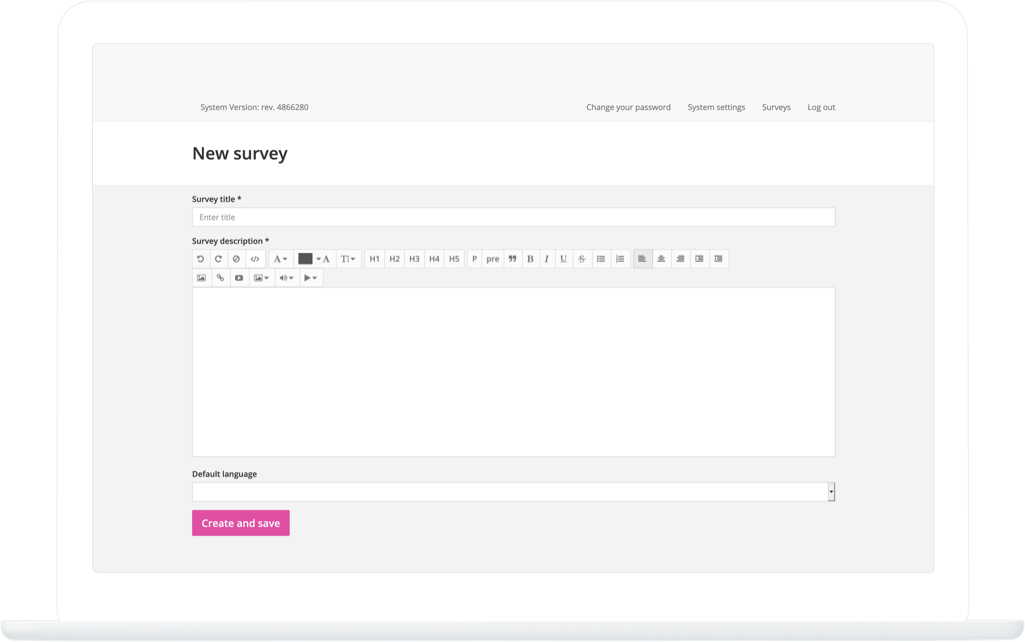 Create a new survey and give it a title and description. 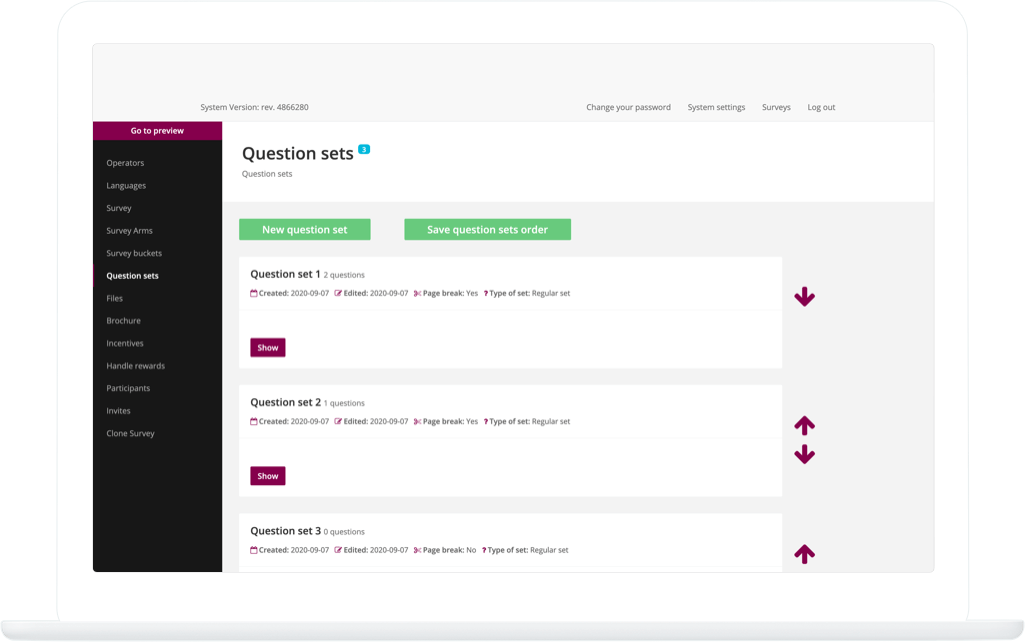 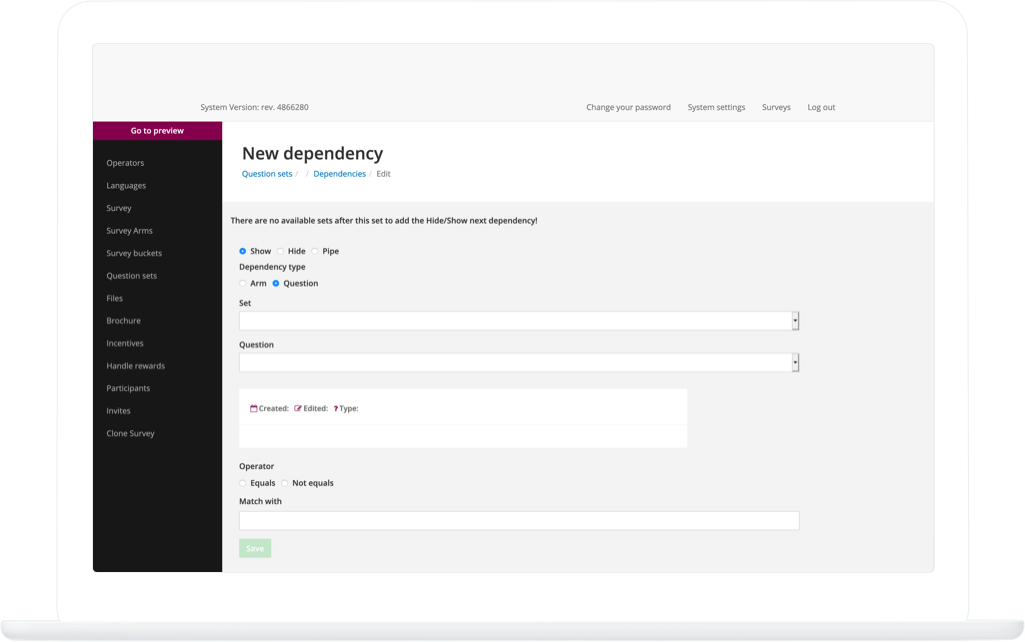 Add a dependency to your survey. Dependencies make sure whether based on the given answer, the next question will be shown or not. 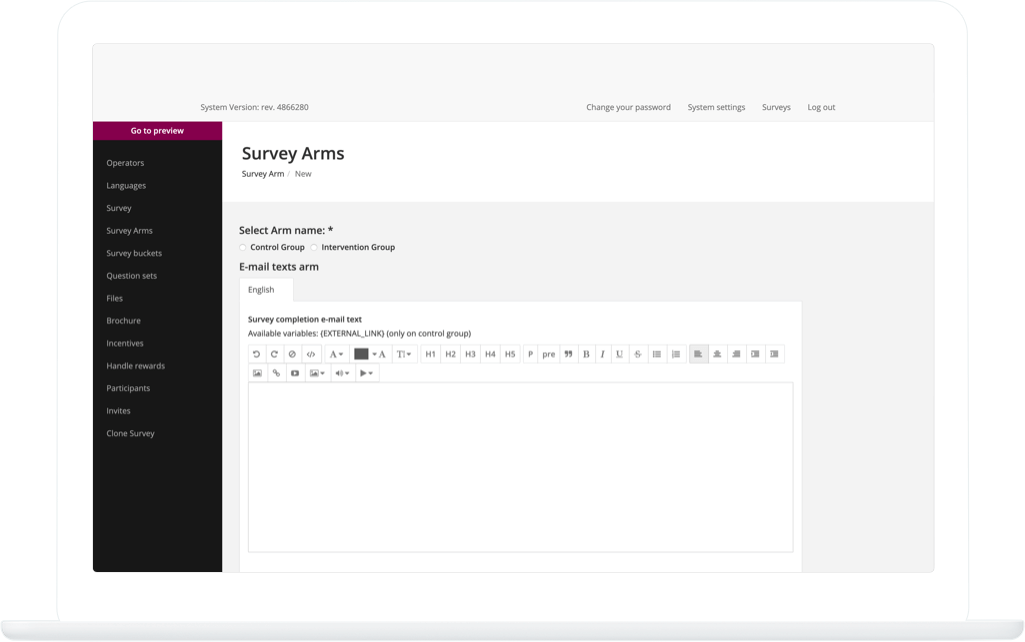 Survey arms offer the possibility to add different directions in a survey. This way various target groups can be processed in a single survey. 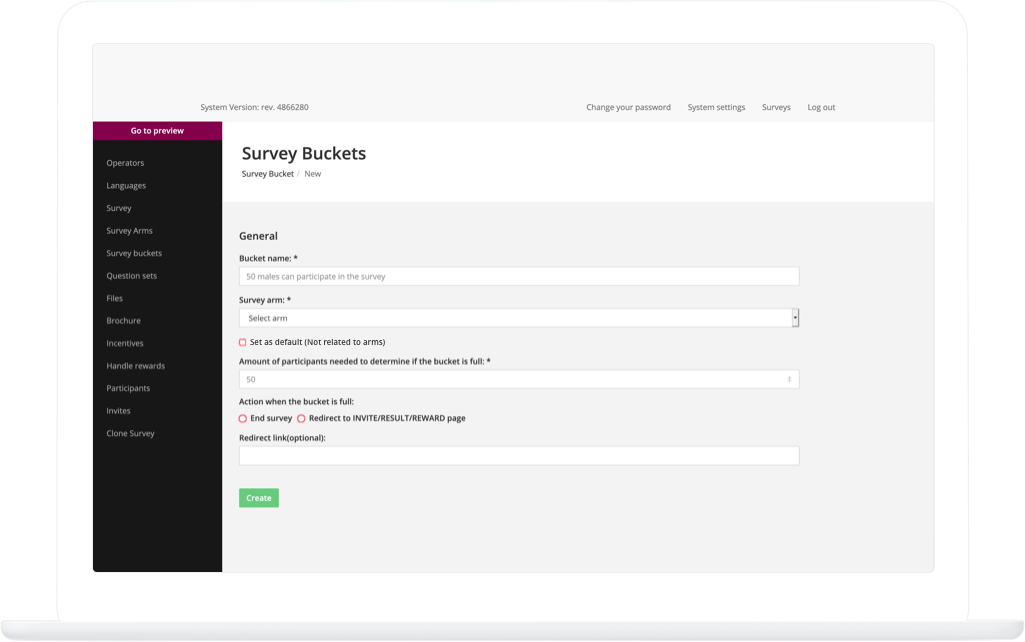 Add buckets in order to segment the respondents. When a participant for example does not fulfill the requirements, the survey will be closed. 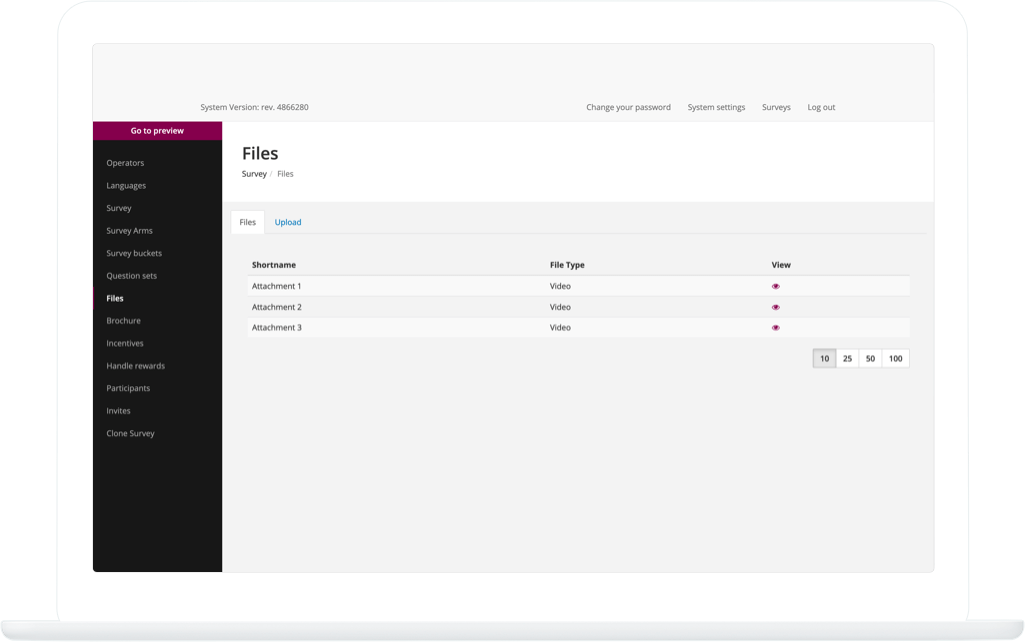 Use images, videos or audio in the survey to support the question list. 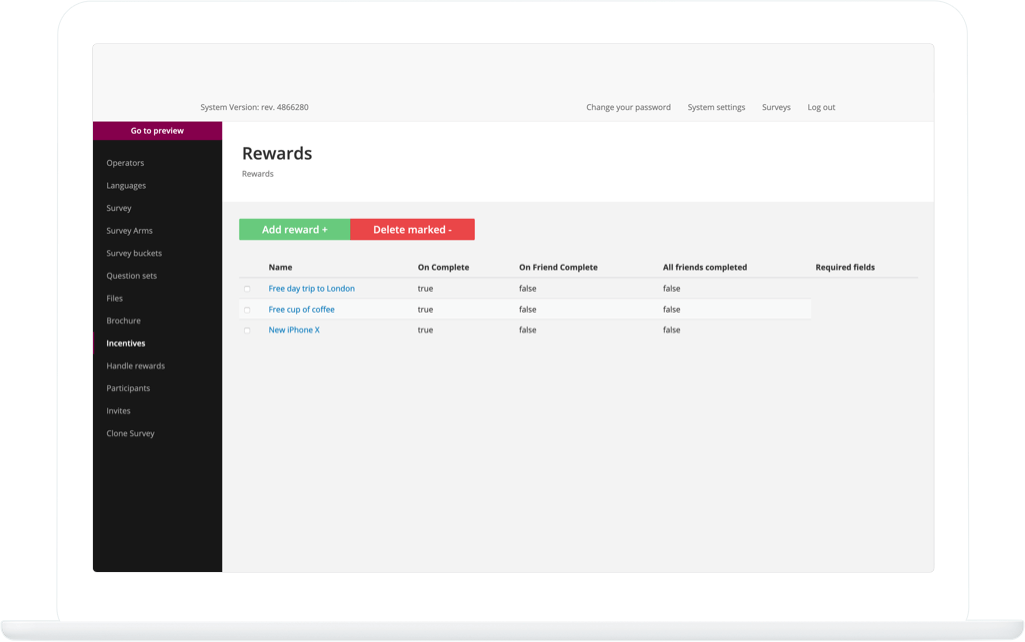 Reward the respondents in order to increase the number of responses. 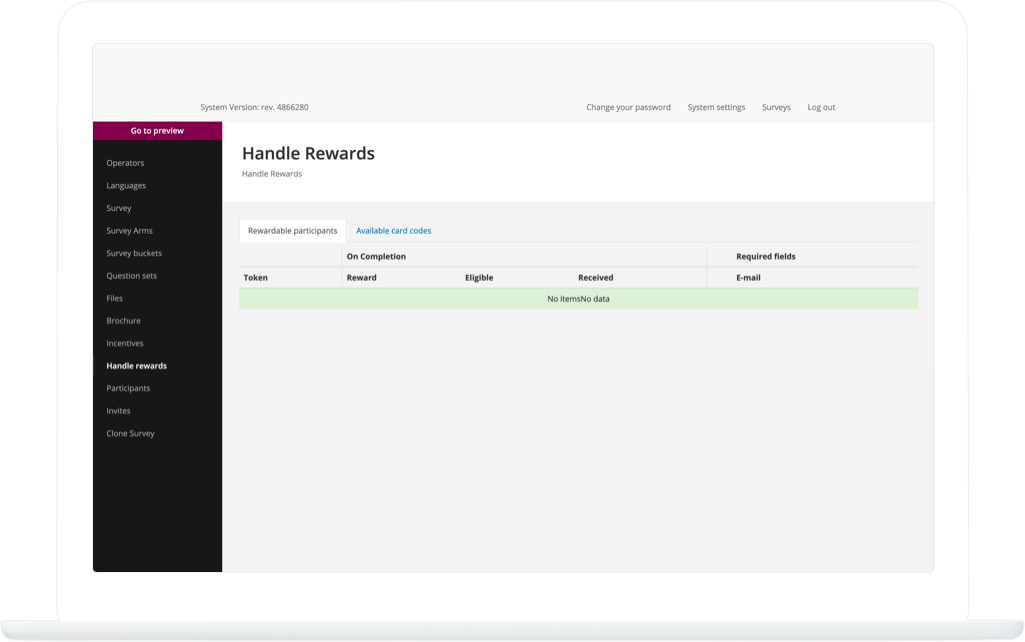 Shows the overview of all the rewards. 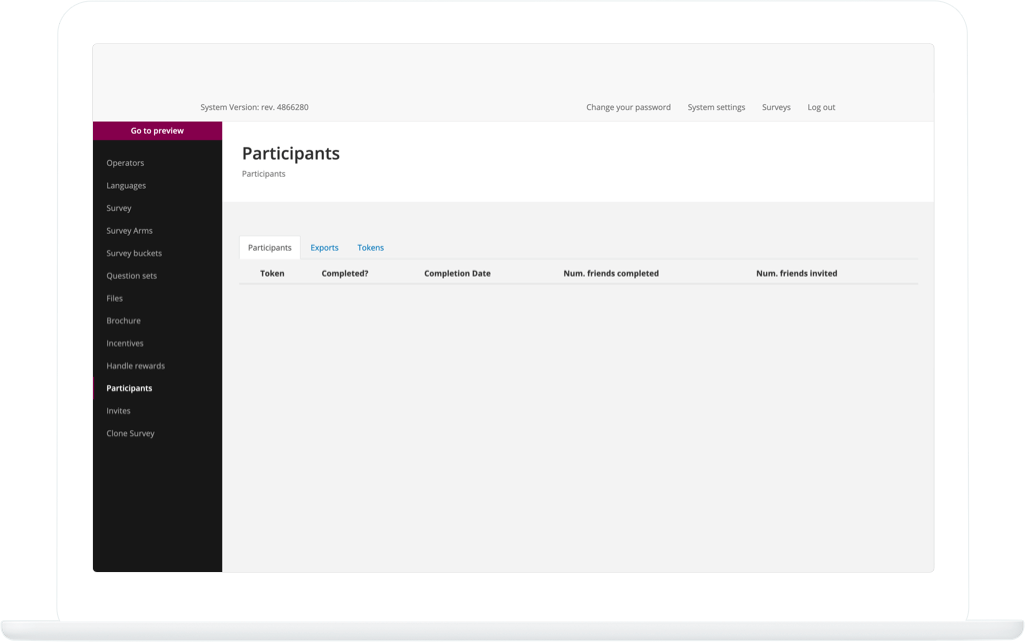 An overview of participants that filled in the survey. 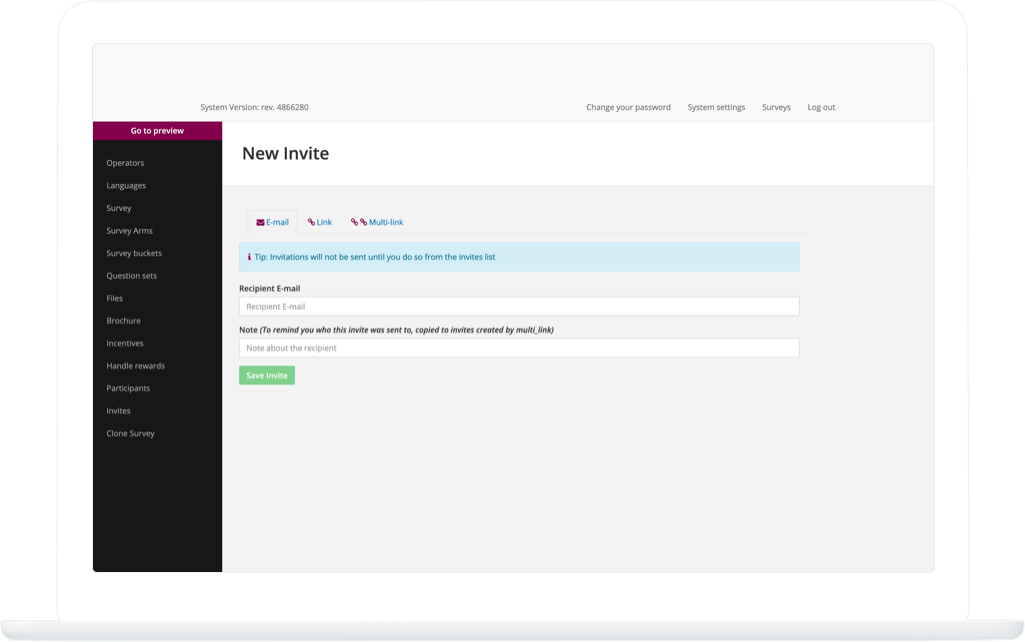 Invite respondents through email to take part in the survey.